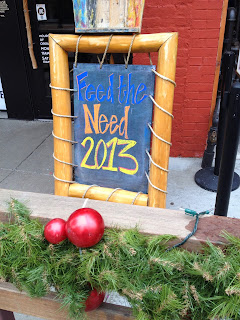 Thanksgiving kicks off the holiday season: time for family, food, snow-sprinkled trees and enough shopping to make you weak in the knees.

For many, however, the question isn’t what to buy on Black Friday, but if they can put food on the table. So Cleveland Browns legend and Pro Football Hall of Famer Jim Brown and his Amer-I-Can organization teamed up with TownHall in Ohio City for Feed the Need, a turkey dinner serving busloads of less fortunate kids and others in the community in need of a helping hand.

Amer-I-Can is a nationwide organization devoted to developing young people’s life skills and academic performance, and encouraging positive contributions to their communities. 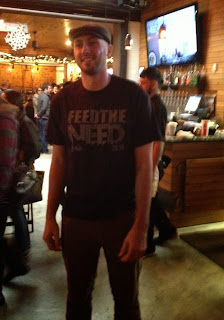 Hoyer, a St. Ignatius grad, was right at home feeding the hungry in Ohio City. “This is the community I grew up in,” says Hoyer, whose season was cut short due to a knee injury. “I can see my high school right down the street. For people to see a local guy helping out, it means a little bit more.” 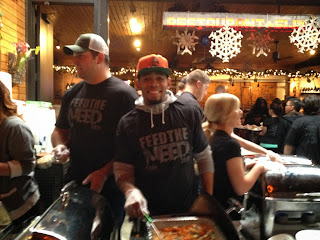 Haden feels especially connected to the youth who came out for dinner. “My parents raised me to give back," he says. "I’ve been fortunate enough, so I want to help these kids, just to have them be happy and hang out with them." 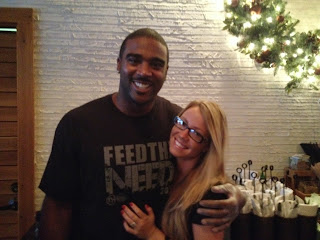 Smith, the 2006 Heisman Trophy winner who played with the Canadian Football League’s Montreal Alouettes this season, was happy to be back in Cleveland. “Being here with Jim means everything,” says Smith. “We’ve been Brownies since coming out of the womb.” 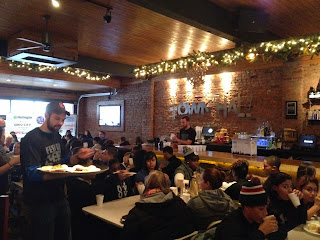