The trailer for Dear White People, a satirical drama about “being a black face in a white place,” blew up on YouTube. The movie won the U.S. Dramatic Special Jury Award at Sundance Film Festival. Now the film, which follows a group of Ivy League students navigating race relations and searching for their own identities, is in theaters. 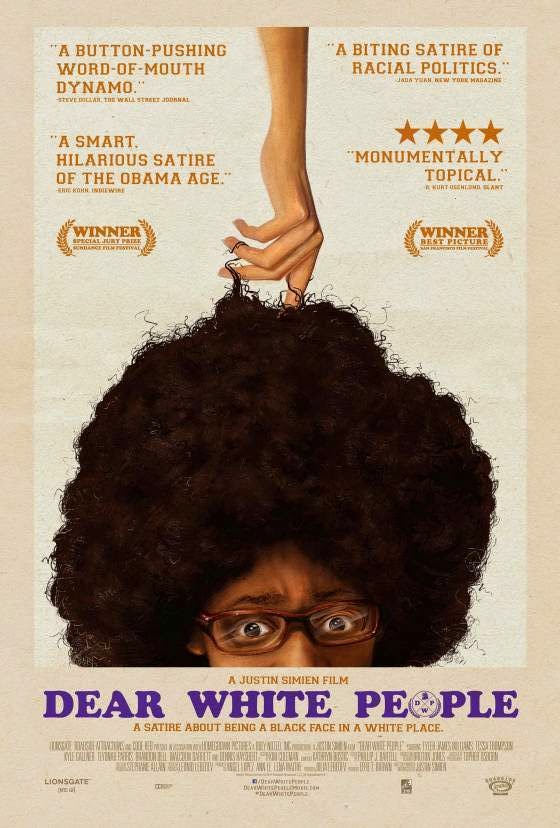 Keith Myers, an actor who moved from Wakeman to Los Angeles in 1999, plays "Black Mitch." He will be hosting a Q&A at Cedar Lee Theatre following the 7:20 p.m. showing tonight and tomorrow. But we called him before the session at his parents’ house in Wakeman to get the early scoop.

CM: What does this movie mean to you?

KM: “It’s getting a lot of press for its title, and obviously there’s a lot to do with race in the movie. But I think fundamentally, the ultimate quest of the movie is about identity — and especially for young people in college just searching for who they are, regardless of their sexuality or race or any of that stuff. ... By the end of it, you hopefully will question your own sort of place and your own identity, and how you relate to the world and the people you associate with and your friends and family.”

CM: What’s been the response to the movie so far?

KM: “The movie’s over and everybody is talking. It’s amazing. I don’t think I’ve ever experienced screenings where it’s just so provocative in a sense where people want to talk about what they just saw. They want to have a conversation about what they just saw. They want to maybe bring up something that they’ve never been able to bring up to a group of friends or they can relate to certain things. ... It’s going to make you think, and it’s not going to tell you what to think. It poses a question and lets you come to your own conclusion.”

CM: What are doing on your trip back to Ohio?

KM: “I’m back for six days, mostly for the film, and we’re doing some radio spots, but I get to see my family and hopefully go to a Browns game. So that’ll be good, [if they] beat the [Oakland] Raiders so I can bring that back to LA. ... I have a lot of pressure on the Browns this weekend, so they better win. I can’t handle going back to LA and dealing with that.”
Posted by Unknown at 2:29 PM

BlueHost is ultimately the best hosting company with plans for any hosting needs.