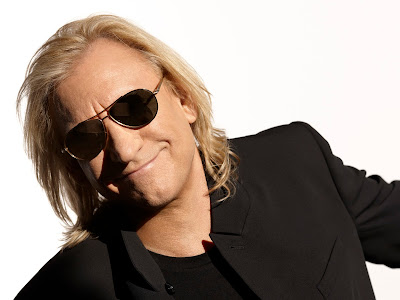 After finishing yet another worldwide tour with the Eagles, Joe Walsh is taking it easy.

“I’m transitioning back to being a normal person,” says Walsh from his Los Angeles home. “Going out (on tour) with the Eagles, things are on a pretty grand scale.” The pride of Kent State University will trade in arenas for smaller clubs during his new solo tour, which kicks off with a pair of dates at Warren’s Packard Music Hall Sept. 16 and 18. We talk with the 67-year-old guitar wizard about his new tour and some old friends.

Q: What can we expect from your new tour?
A: I’m really blessed. … I’ve got the best of both worlds. With the Eagles, you have assignments on each song, and on a good night, there’s nothing like it. Going out on a solo tour gives me a chance to open up and improvise. The interface with the audience is much better and everybody has a good seat. I’m playing with [drummer] Joe Vitale, and we decided we would go back and look through the catalog and do some stuff we’ve never done live rather than go on automatic pilot and play all the hits … which I’ll do also. I’m itching to get out there.

Q: Vitale is from Canton and has worked with Crosby Stills and Nash, and the Eagles, among others. How far back do you two go?
A: We were in rival bands when I was going to school at Kent. We were the hippies and his guys were the greasers. We played at places like the Fifth Quarter and the Cove. James Gang was the house band at JB’s for about two years. I’m really grateful for being in a great college community and getting a chance to play in front of people. Bands don’t do that enough now. You can’t be a legend in your parents’ garage.

Q: You’re featured on the new album by the Hollywood Vampires, a group formed by Alice Cooper, Joe Perry and Johnny Depp. What was that like?
A: The Hollywood Vampires were a bunch of us that used to be crazy in LA — Alice, John Lennon, Harry Nilsson, Keith Moon. Those were the party days. The album is in remembrance of the guys who are gone now. I played on "Whole Lotta Love." That’s kind of a tall order.

Q: In December, the Eagles will be honored for lifetime artistic achievement by the Kennedy Center. How does that feel?
A: It hasn’t really hit me yet. I’m very humbled about this, and I don’t really know how to deal with it. You just kind of sit there and listen to people tell you how great you are.

By Barry Goodrich
Posted by Kelly Petryszyn at 12:01 PM