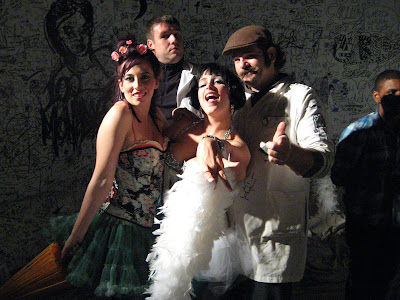 The Ingenuity Festival is filling every quirky nook of the Detroit-Superior Bridge's streetcar level with art. One alcove became Dr. Sketchy's Doodle Bar, a space filled with white walls made for markering, as well as white-painted tables, dishes and glasses. Two days of doodling had filled the space by last night. 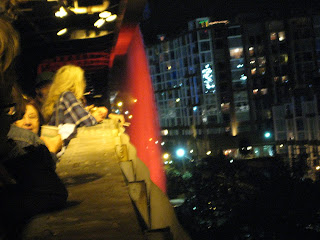 A bit higher up the span, visitors leaned over a scenic overlook's rail to admire Ingenuity's man-made waterfall and the lights of the Flats' West Bank. 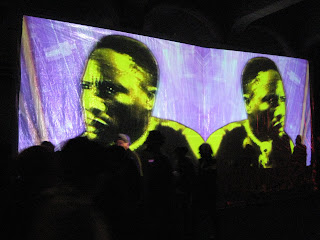 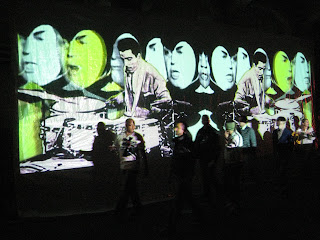 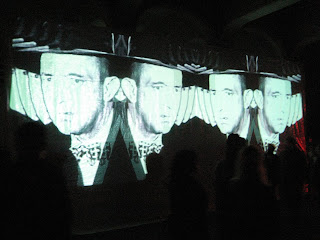 As festival-goers descended into the catacombs of the West 25th streetcar stop, local video artist Kasumi's work flashed on an immense screen. Just by walking by, people seemed to merge with the kaleidoscopic, haunting pop art, with its ever-moving, ever-multiplying characters.