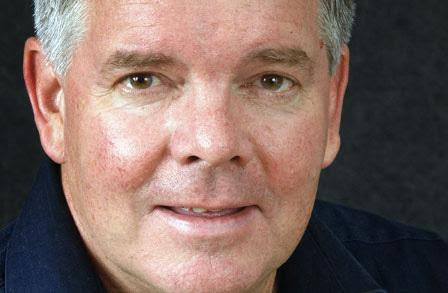 "A poet who knows how to blend the sentimental and sarcastic," the show's website calls him, capturing Bilgere's appeal. His narrative poetry, its line breaks crackling with wit, is a nice complement to Keillor's equally precise, drier humor.

We've been publishing Bilgere and writing about him for years. So if you enjoyed his radio appearance and are googling for more, please check out his work in our archives:

"Single Guy," November 2011, about his brief vacation from his marriage

"Dawn Patrol," July 2011, about the summertime community at the Cleveland Heights pool

"Beyond Borders," April 2011, anticipating the decline of the big-box bookstore

"Poetry in Ruin," September 2010, on the beauty of Cleveland's architectural decay

"My Weirdest Meal," for Feast!, Summer 2007, a memoir of a meal of mystery food in Tokyo

"Ode to the Road," December 2004, Bilgere's poem about I-480, commissioned by Cleveland Magazine for our "East Side vs. West Side: Get Over It!" issue
Posted by Erick Trickey at 2:15 PM