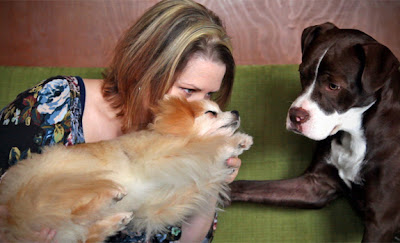 Director Amy Finkel's Furever opens with a distraught man recalling the loss of his cat — a snow-white feline he's not been able to let go of following its death. The cat's last meal is preserved in a Ziplock bag. Some of its hair has been saved in another. A third contains a final litter box deposit.

The scene is both strange and sad. It also illustrates the central questions at the heart of Finkel's intriguing 80-minute film: Why do some people have such a difficult time letting go of their deceased pets, and is there anything really wrong with even the most bizarre attempts to retain those bonds?

Finkel reserves judgement as she delves into the culture of those who have gone to extraordinary lengths to preserve not only their pets' memories, but in some cases even their physical bodies. And while you may be thinking, there's no way I'm watching this, Finkel has created a fascinating documentary that is a window into how we relate to our fellow humans as much as it is about the bonds we form with the animals we welcome into our homes.

Pet funerals, jewelry made using cremated remains, taxidermy, freeze-drying, cloning, even (in one of the film's more bizarre segments) Egyptian-style cat mummification are all explored. Along the way, we learn about the chemical reactions in our brains that cement our relationships with our pets, and the business ventures cropping up around honoring their memories. By the end, it's clear that not letting go has a price, and for the most obsessed pet owners it's measured in dollars and cents.

I'm seeing this on Saturday! Think it will be interesting, and hopefully not too creepy. From what I hear they thankfully don't show animals dying or being PTS, so that's a relief. I appreciate how I've heard the subject was handled.