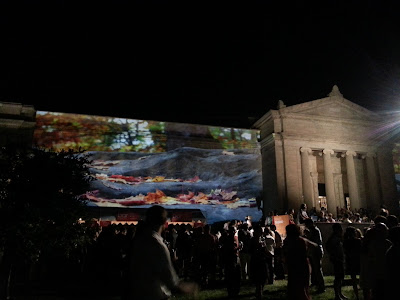 As darkness fell across the Cleveland Museum of Art grounds Saturday evening, the museum's 1916 building became a canvas for moving images that served as a reflection of who we are as a city: our downtown skyline, magnificent parks and steel being forged on a factory floor. It was just one masterstroke in a night filled with them, as University Circle's anchor cultural institution played host to 5,000 people with its annual Solstice summer celebration.

Billed as the city's signature summer party, the event lives up to the claim. The merger of music from around the world, striking video imagery and a museum filled with masterworks and other pieces dating from antiquity, creates a place of discovery — a mash-up of past, present and future. It also doesn't hurt that Solstice never forgets that, at its heart, it's a party. 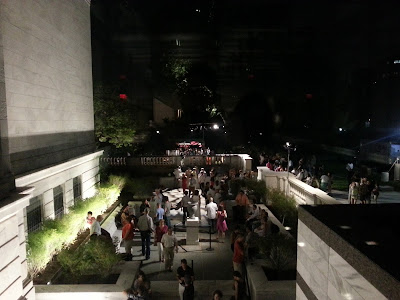 Those who purchased tickets for the 8 p.m. entrance time were welcomed by harpist Edmar Castaneda, whose ethereal sound created a perfect garden party vibe on the main outdoor stage and set the tone for the lineup of innovative musicians to follow: Red Baraat, Burnt Sugar Arkestra and the night's outdoor-stage closers, The Crystal Ark.

Visitors were welcome to roam the museum during the party and get a glimpse of the new north wing.  Featuring more than 400 pieces, it's home to the museum's pre-Columbian, Native North American, Japanese, Korean and textile collections. The north wing opens to the public this Sunday, June 30.

As 10:30 p.m. rolled around and night fell across the grounds, the party hit another gear. After sets on the atrium stage from Beatmatrix and DJ Rekha, the incomparable DJ Afrika Bambaataa offered a scorching finale befitting the kickoff to summer.

If you were ever looking for just one more reason to become an art museum member, the ability to get a discount when tickets for next year's party go on sale, should be enough to push you over the edge. 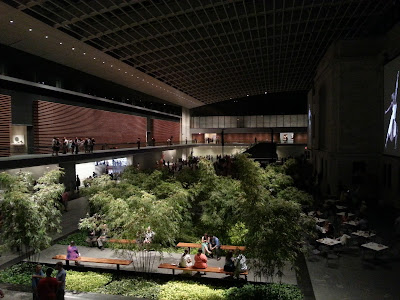 Searching for the Best Dating Site? Create an account and find your perfect match.