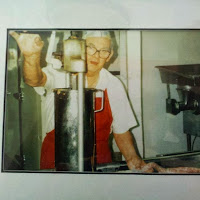 I first met the Jaworski family back in 1994 when I was doing research for the first edition of Cleveland Ethnic Eats. At that time, their Fleet Avenue meat market was one of the many stores and restaurants in Slavic Village specializing in Eastern European food. Jaworski's Meats was among the oldest. The butcher shop and grocery store had character, from the worn wooden floors and the shelves stocked with imported pickles to the smell of smoked meats that perfumed the air. I chatted with Fred, who started the business in 1935, and his wife, Dorothy, and they took me into the kitchen behind the glass-fronted meat cases where they cooked up such Polish favorites as stuffed cabbage and flaczki. I went home that day — and many times afterward — with a bag filled with kielbasa, sauerkraut and pierogies. Fred died in 1996, but Dorothy and their son, Mark, kept things going. 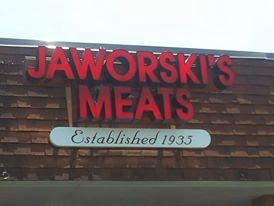 In 2005, after 68 years in Slavic Village, the market and deli relocated to a bigger, more modern space in Middleburg Heights. But the store still continued to prepare old world ethnic specialties. I ran into Mark last week — he attended the fundraiser my husband and I hosted at Taxel Image Group for the Cleveland International Film Festival. He told me that the market is busier than ever, especially during the holiday season. That's because so many people get a craving for the flavors and dishes that remind them of family gatherings from the past — the foods their parents and grandparents put on the table. So while some of us search out recipes for exotic and unusual fare or new and different ways to prep the turkey or standing rib roast, others seek out more humble and traditional things to eat. Mark expects to make and sell 8,000 pounds of sausage and gallons of bigos and czarnina (duck's blood soup) between now and New Year's Day. It was fun to chat with him, reminiscing about the Fleet Avenue place, and nice to know that his family business is thriving. 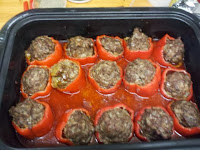 Keep in mind that these days a trip to Jaworski's Meats can include a roast pork sandwich, consumed while Mark or one of his nephews, who are being trained to take over when he's ready to retire, hand-cut your steaks to order and pack up containers of their chicken noodle soup and stuffed peppers.

I swear there is nothing better than stuffed peppers! I am Romanian and we make these a few times a year since we like to cook a lot of Romanian foods. I think Cleveland is the best melting pot of a city! I have recently started a blog where I also do Restaurant Reviews, check it out when you have some time.

Spring time. . . Krautbasi at Easter. The best ever !

Think about what fruits and veggies you've enjoyed living in your house. all completely different seasons will verify what plant additional as "zone" you reside in (you will notice that terribly} very cultivation book or on payday loans the rear of the seed packet). If you are assault growing plants that don't seem to be supported by your area's climate, you may regularly build a greenhouse if your resources enable.

I used to go to the Jaworski's on Fleet with my busia when i was a kid..remember buying all the ingredients for czarnina and the best kielbasa in the world. Just found out that Jaworski's still exists!!! It's worth the drive! So happy I'm in tears!! God bless you!- Happy Polish girl.

We might not be the oldest and largest halal meat and ethnic grocery store in the DMV area but we pride ourselves in the quality of the premium halal products you enjoy. Our passion for excellence and thrive for constant improvement remains endless. Our dedication to satisfying our customers and gratitude for their loyalty has driven us to maintain the enthusiasm in all that we do. Halal butcher shop