Men — and a few women — with beards and mustaches twisted into curly Q’s or flourishing in untamed splendor packed into the Agora Theatre and Ballroom Aug. 15 to use their facial hair for a good cause: to help raise awareness and funds for the National Multiple Sclerosis Society. The fourth annual Great Lakes Regional Beard & Mustache Championships, hosted by Beards of the Old Northwest and held in Cleveland for the first time, brought in people from throughout the country to compete onstage in 13 categories. It's a personal cause for members of the hosting facial hair social club, including Scott Sykora of Chardon whose brother-in-law has multiple sclerosis. “If we have to use big beards to get into people’s faces, then that’s the way we have to do it,” says Sykora, event organizer. Here are four fuzzy faces that caught our attention. 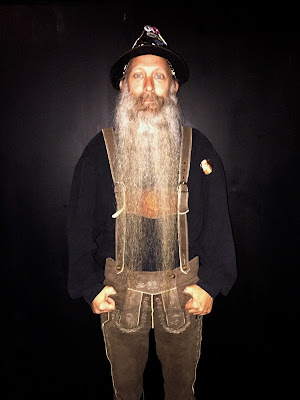 Aarne Bielefeldt stars on IFC’s Whisker Wars and currently holds the title of World Champion Full Beard Freestyle from the World Beard and Mustache Championships. “It was a category that was started over in Europe… and it was pretty much owned by the German beardsmen,” says Beilefeldt, who flew in from San Francisco to judge the competition. “So I’m honored to do that and take it away from them.” 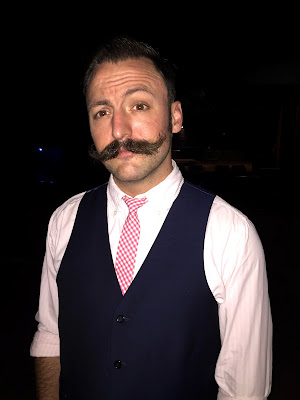 Adam Paul Causgrove is president of the American Mustache Institute. “We fight for the rights of facial-haired humans in the workplace,” explains Causgrove, who emceed the event. “But really against any sort of discrimination from the bald-faced majority out there trying to hold us back from living our ruggedly handsome lifestyle.” 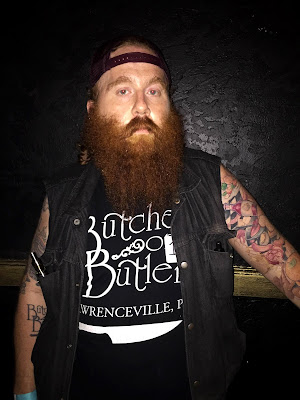 Mike Rado, a Medina High School graduate, is a self-employed, bearded butcher in Pittsburgh. “I was a chef, and they frown upon this sort of stuff. But I bought and started my own business and threw the razor away,” says Rado, who has a strict daily regimen of combing, conditioning and oiling to prevent loose hairs. He competes up to six times a year (full beard natural, four to eight inches), sometimes taking the competition stage in various degrees of nudity or in a samurai costume and often placing. 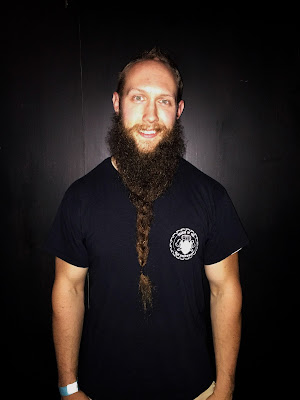 Eric Zatchok of Lakewood is the president of Beards of the Old Northwest Cleveland chapter. His beard is more than three years old. “It’s been a different journey because you’ll see others with a thicker beard, and you’re kind of envious,” says Zatchok, who helped organize the event. “But at the same time, you need to realize it’s all genetics, and you need to be proud of what you can grow.”
Posted by Sarah Rense at 2:26 PM

very good blog thanks for sharing

Thanks for sharing such beautiful information with us. I hope you will share some more information about beard. Please keep sharing.
Health Is A Life