Ingenuity's Speakeasy 2.0 lights up the catacombs with '20s flair 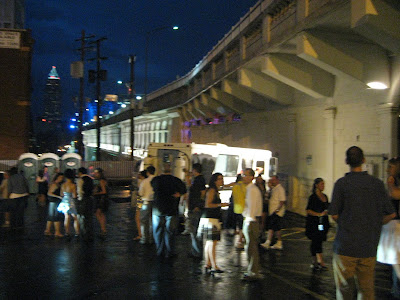 Ingenuity threw a benefit party Friday night, building excitement for its September festival inside the Detroit-Superior Bridge with a theme that played off the hidden-ness of the old lower-level streetcar route: Speakeasy 2.0. 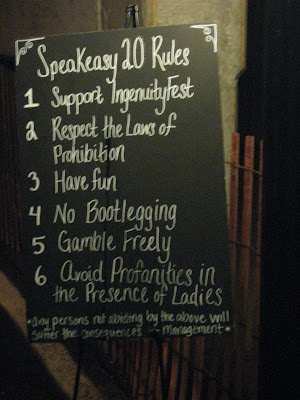 The party's early-evening $100 tickets promised a trip back to the '20s, with a swing band and swing lessons. 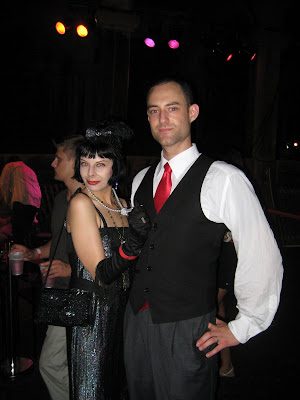 I showed up for the $15-$20 post-9 pm version. The crowd still included lots of flapper girls and pinstriped gangster guys. 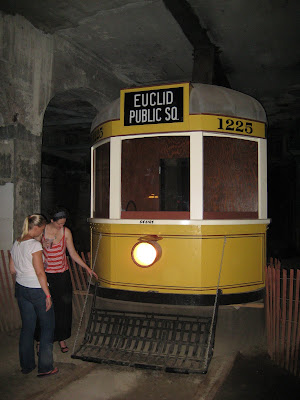 A crowd of hundreds, maybe thousands, descended into the catacombs under Massimo di Milano, the spooky old underground streetcar station below West 25th St. and Detroit Ave. Where trolleys once turned south to head down 25th, a replica of one now blocks off the tunnel. You might recognize it from the cover of Cleveland Magazine's August 2007 Hidden Cleveland issue. 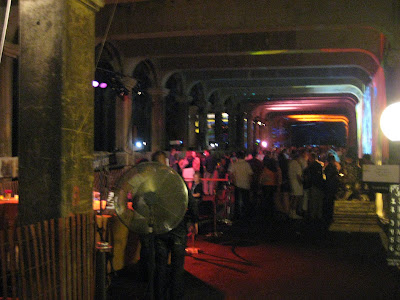 For the late-night party, swing gave way to electronic dance beats and a light show played off the 93-year-old bridge's columns and ceiling beams. 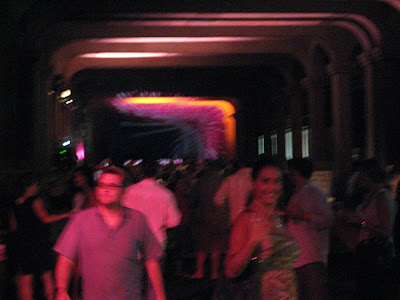 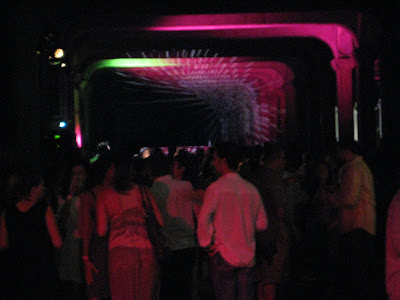 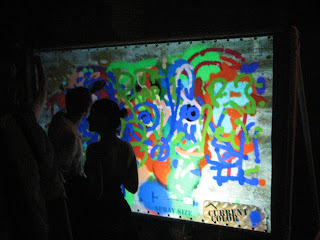 This electronic graffiti wall, designer by local interactive developer Chris Yanc, allowed visitors to draw their own swooshes of color across a screen using hand-held lights. It'll be back at the main event.

Ingenuity returns to the bridge Sept. 24-26 for its full-fledged, 6th-annual festival celebrating art and technology.
Posted by Erick Trickey at 11:06 AM

Too bad it was hot as balls inside and they ran out of beer plus the beer line was too long. Great idea but poorly executed.