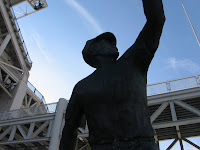 If you've lived here long enough, you probably have a Bob Feller story. Not only was the Cleveland Indians legend the city's most famous baseball player, he was also its most accessible. He went to the games. He did signings at baseball card shows. He trolled spring training. He always seemed genuinely happy to mingle with the fans. Feller once famously said that baseball was responsible for everything that he was. As one of the game's greatest ambassadors, he more than paid it back. Here is some of the great stuff written about Bob Feller today: 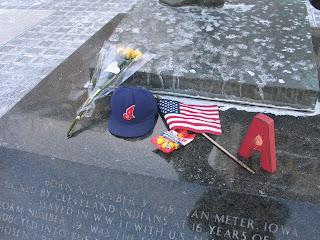 Over at ESPN.com, Alex Kimball reminisces about batting against a 75-year-old Bob Feller.

Jim Caple posted his memories of the first autograph he ever received at ESPN.com.

MLB.com's Marty Noble asks if anyone could throw harder than Feller.