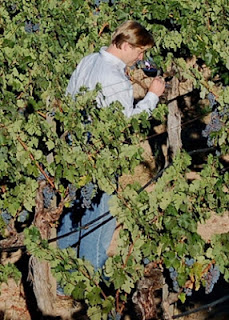 In his long and successful career chef Paul Minnillo has always been ahead of the culinary curve. He  was interested in the wines from Napa long before it was stylish and his relationships with some of the region's premier producers have deep roots. He celebrates one of those connections with a Burgess Cellars wine dinner on November  5 at Flour, his Italian inspired restaurant in Moreland Hills. Winery founder Tom Burgess and Minnillo go way back- both attended Miami of Ohio and before he relocated to the west coast, Tom worked for an Akron based company. His son Steve has taken over the label now that his father is retired and will host the five course pairing.

The 2008 vintages will be featured including  Merlot, Cabernet and Syrah. Grapes come from the slopes of Howell Mountain, where the soil and exposure bring out the best in these red varietals. No doubt the menu Minnillo and Chef Matt Mytro create to accompany these wines, along with sparkling rose. an chardonnay to get things started, will be superb. The Monday night meal runs from 6:30-8:30 PM. The cost is $85 plus tax and gratuity and reservations are required. 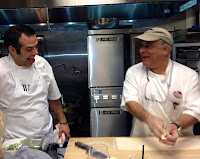 Another event at Flour you might want to book is the brining class the two chefs are leading on Sunday, November 11, from 11 AM-1 PM. Using this technique is a near guarantee that your holiday turkey (pork roast and chicken too) will emerge from the oven moist and flavorful (unless you overcook it). Sip wine, snack and pick up some pointers from the experts. $75 per person. Call to reserve your seat.

And while you're in a reservation making mode, don't forget it's Cleveland Restaurant Week Nov 5- 19. Participating establishments offer prix fixe 3 course menus for $33, and you can see them online. It's always a great opportunity to support local independent restaurants. Think of it as your civic duty. So get out there and eat- you're sure to find bargains and you just might discover a new place that becomes a favorite.
Posted by Laura Taxel at 6:30 AM