I was given a chance to have a private screening of a thoughtful, engaging new documentary titled Somm, which chronicles the the experience of four young men who commit their lives to preparing for the Master Sommelier Exam.

This difficult test requires encyclopedic knowledge of everything about wine from grape varieties and where they grow to good vintage years and bad ones to how to pair with food and how to properly decant and serve. But the most daunting part of the process and the centerpiece of the film is the task of sipping wines without knowing what they are and correctly identifying them using only color, aroma, viscosity and taste. It's a particular and peculiar skill requiring a head for facts and a hyper-perceptive palate.

The test is given by The Court of Master Sommeliers. In the 40 years since it began, only 201 people in the entire world have achieved this exalted level. The men featured in Somm want to be part of that elite group, and we get to watch them chase their dream, with all its cultishness, craziness and competitiveness.

There are plenty of talking heads here, like in most documentaries, along with scenes of vineyards from multiple countries and men giving each other a tough time around the table. The film manages to be sensitive, tender, sometimes funny, informative and exciting.

It's showing at 7 p.m. for two nights only, once on each side of town: at Gordon Square's Capitol Theatre Aug. 27 and in Cleveland Heights at the Cedar Lee Theatre Aug. 28. Tickets are $10. But for $30 you can attend both the movie and a preshow wine tasting event that will get you into the spirit.  It's a Sommelier Smackdown at Toast, the wonderful new wine bar right across the street from the Capitol. Drinking commences at 5:30 p.m. and finishes by 6:45 p.m.

There will be eight wines, four reds and four whites, and two Master Sommeliers, Matt Citriglia and Larry O'Brien, showing off their abilities and providing some insight about how to develop your own. The following evening a blind tasting at The Wine Spot, two blocks from the Cedar Lee runs from 5-6:45 p.m. A selection of wines from around the world will be bagged so people can answer questions and test their own sommelier skills. Tickets for these packages can be purchased online at Cleveland Cinemas. 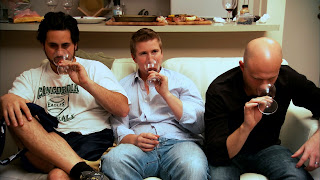 The movie's director, Jason Wise, gained a passion for film while growing up on the West Side.

"The Cedar Lee was my church. Throughout high school I drove to Cleveland Heights multiple times a week to see movies. It's why I decided to be a filmmaker," he says.

Wise says he set to make the film not knowing if he would get enough money to finish it or if the men would pass, but he's happy it came together and is showing at the theater where his love for the art blossomed.

"Here was a bunch of normal guys, guys like me, guys I could be friends with, who were putting their asses on the line to actually do something. And it was something that hardly anybody could do, like saying you want to be an NFL player. Easy to say, tough to achieve and few succeed. They were as crazy and intense about it as I was about making this film."

You can chat with Wise yourself at a Q-and-A session via Skype following each screening. 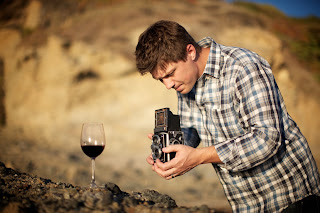