Where in the World is Austin Carr's Jersey? 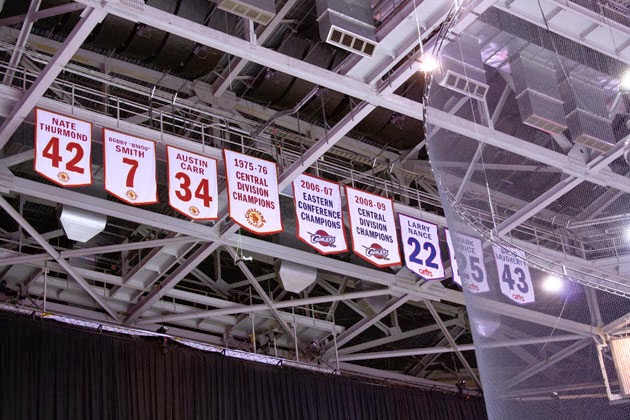 It's not quite the Lindbergh baby disappearance or the Mona Lisa being lifted from the Louvre, but Austin Carr's retired No. 34 banner is not where it's supposed to be in the rafters of Quicken Loans Arena.

Sometime between WWE Monday Night Raw on Jan. 27 and the Cavaliers' Jan. 28 game against the New Orleans Pelicans, the banner went missing. While the Cavs say there'll be a replacement banner by the team's next home game Feb. 5 against the Los Angeles Lakers, we thought we'd offer a few good ideas on where to start snooping around for its whereabouts.

Mike "The Miz" Mizanin's closet: The Parma-born WWE wrestler is a passionate Cleveland sports fan. And he's no stranger to ladders.

Anthony Bennett is using it as a blanket: The Cavs No. 1 pick in the 2013 NBA draft is having a rough rookie season. We wouldn't fault him for wanting to use a fellow No. 1 pick's retired jersey banner for comfort and inspiration.

Austin Carr's living room: After the second half collapse in Sunday's game against the Phoenix Suns, maybe an embarrassed Carr decided to make a statement.

Photo courtesy of wikipedia.org
Posted by Jason Brill at 3:52 PM