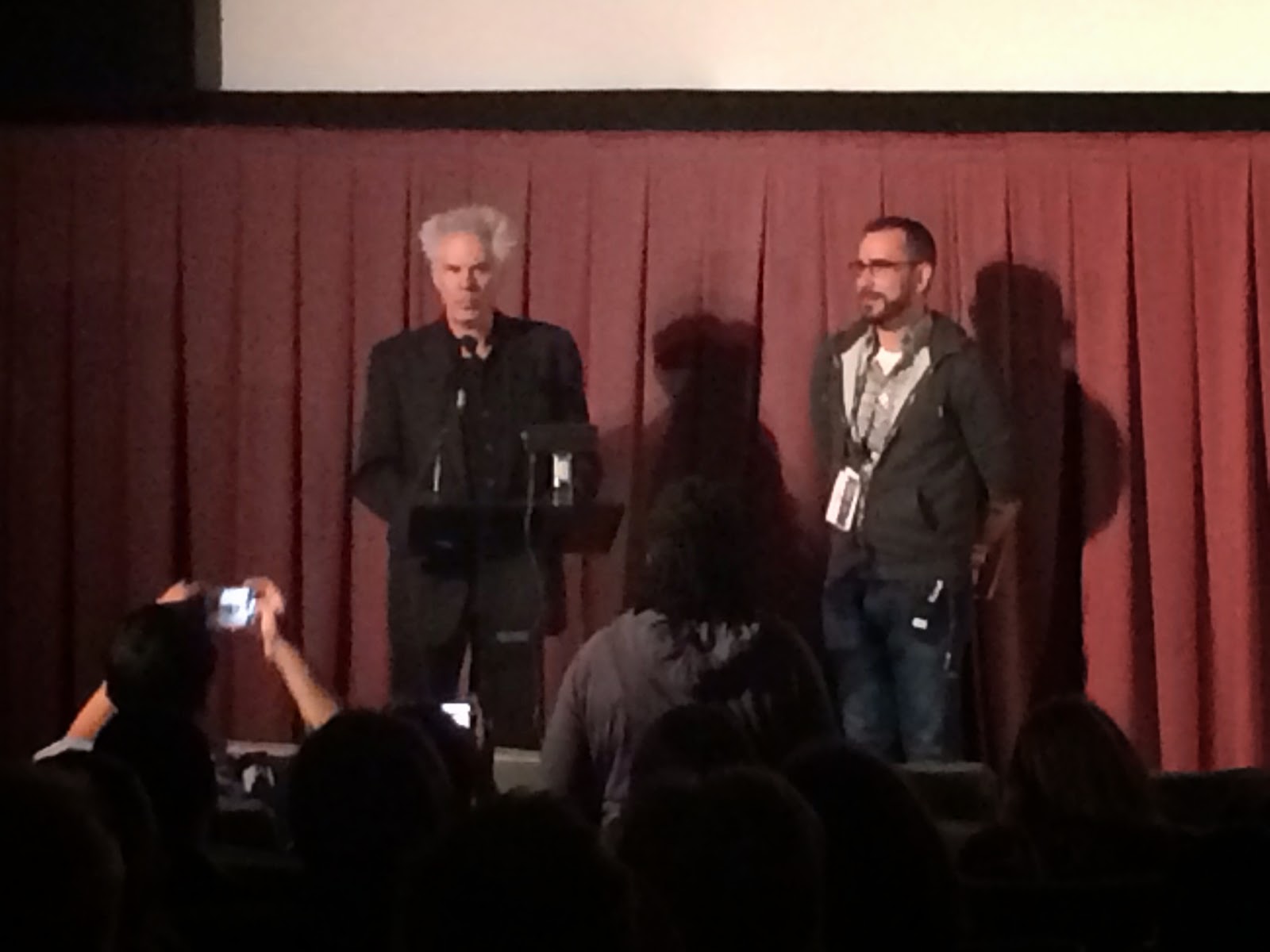 Indie film pioneer Jim Jarmusch surprised an audience last night with an unannounced appearance at the Cleveland International Film Festival.  The filmmaker who broke out of Akron 30 years ago was introduced before his new film, Only Lovers Left Alive, and stuck around for a long Q-and-A after the screening.

Jarmusch shot his dark vampire romance in Detroit and Tangier. Both cities become ancient, decadent homes for Tilda Swinton and Tom Hiddleston, a couple still deeply in love after centuries together. Hiddleston’s Adam, a brooding, black-clad musician, has forsaken the violin for majestic drone rock as he mourns the world’s chaos. Swinton’s Eve, an intellectual in flowing white, swoons over the world’s beauty. The actors wrote some of their characters’ deepest dialogue.

“I asked each of them to write a long tirade,” Jarmusch said: “his feelings about the zombies” – the vampire’s slur for humans – “her feelings about love and life and his romantic self-obsession. I told them I’m going to film it, but I probably won’t use it all. They wrote very long, beautiful things. Those beautiful things Tilda’s character says, in a way, sum up the intention of the film.”

The Detroit scenes capture the city’s haunted industrial abandonment. Hiddleston’s character lives in the ultimate modern vampire lair, a dilapidated mansion on an emptied city street. “I have a fondness for Detroit,” Jarmusch said, “its history, its visual state at present.”

For 30 years, ever since Stranger Than Paradise, his breakout art-house classic, Jarmusch has embraced improvisation and unusual collaborations in his films. Adam’s hypnotically sad music was recorded by Jarmusch’s band, Sqürl. He applies an artist’s instinct to the path from script to filming to editing.

“Writing is a proposal of something you want to capture,” he said. “Shooting a film is capturing things.” Then, in editing, “you make your movie. It tells you what it is.” The DVD version of Only Lovers Left Alive will include 30 minutes of deleted scenes, he said. “The film didn't want them all.”

Jarmusch’s mother and brother attended the screening with him. His appearance last night was unusual, he said, because he rarely watches his finished films.

“I regret that I saw it,” he said, “because I saw a few things I wish hadn't taken out.”


Only Lovers Left Alive opens at the Cedar Lee Theatre May 9.
Posted by Erick Trickey at 9:21 AM