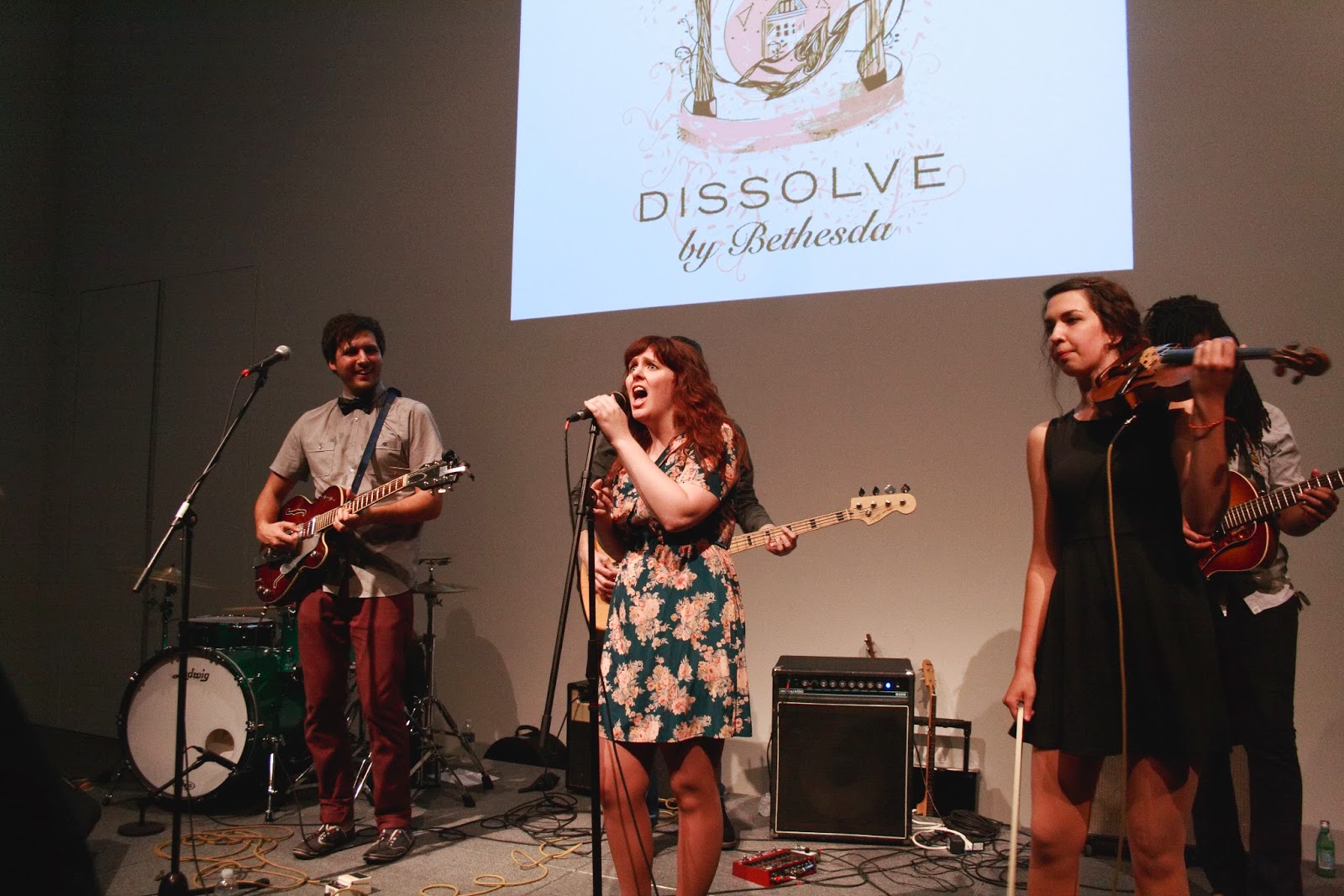 A texturized acrylic portrait of a late grandfather. A silk-screen print of an hourglass wrapped in vines. A video installation displayed on a bed adorned with a mobile made of human hair and pig intestines. Indie-folk-rock band Bethesda’s new EP Dissolve inspired local artists to create all of these diverse works.

For its EP release party at the Museum of Contemporary Art Cleveland Thursday night, Bethesda skipped a traditional concert and instead hosted a night that was more of a celebratory gathering of the local arts community. Trying its hand at curating an art show, the band asked 10 local visual artists to make pieces based on its new music.

“Whenever we do a release, we like to do things that reach out to the community around us and other artists,” says lead singer Shanna Delaney.

With shifting band members, Bethesda decided it isn't in a place to record a full-length follow-up to 2013's The Reunion. So band members opted to record an EP with two singles, “Wild Winter” and “Dissolve,” at Danger House Studio with Dave Douglas.

In true Bethesda style, the singles fearlessly confront the difficulties of life by rejoicing in them.

“I’m at the age where you realize most of life is a struggle. It’s a wild winter,” says songwriter and guitarist Eric Ling. “But there’s beauty in that too. Once you embrace that, it’s just a part of life.” 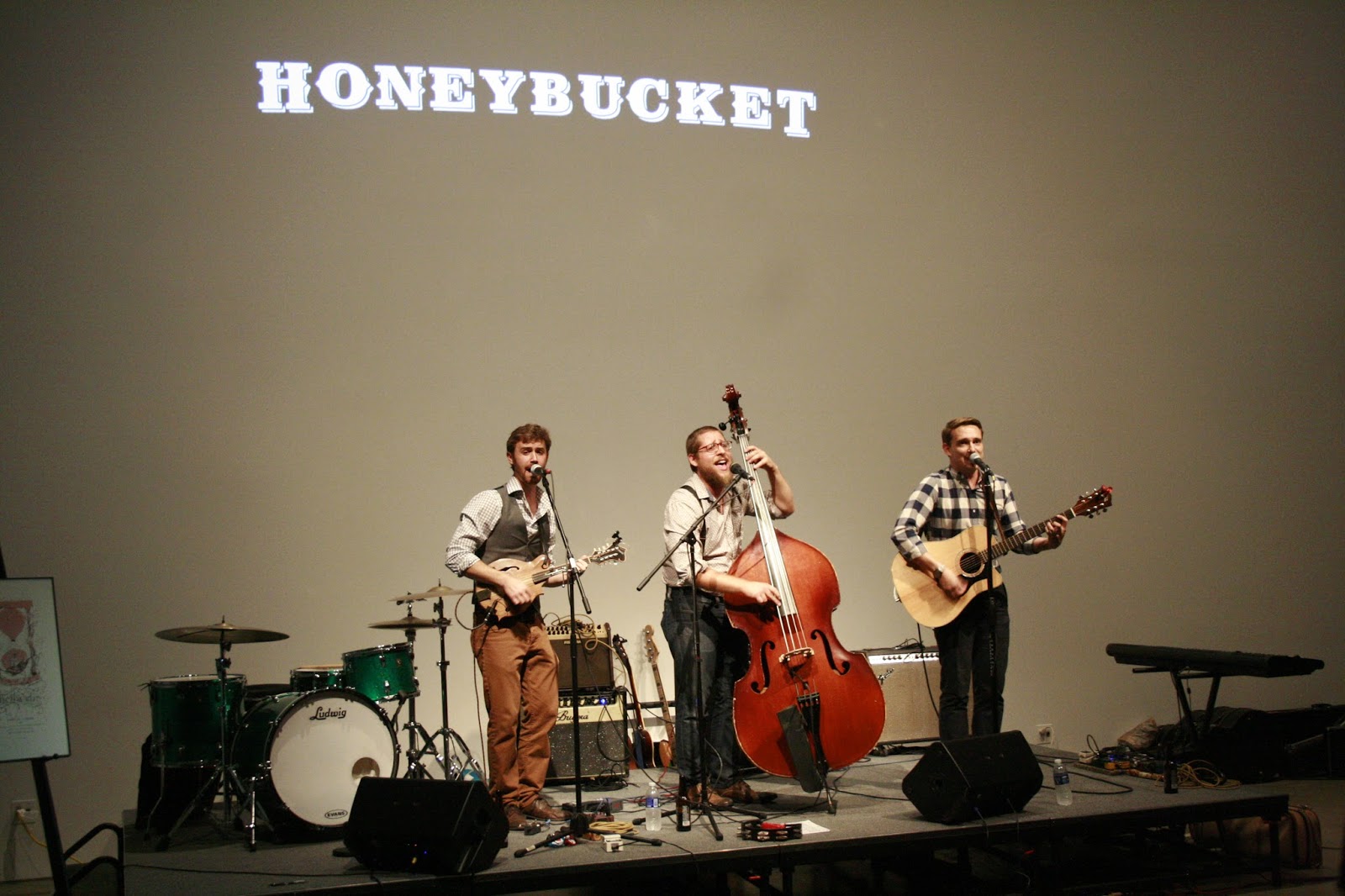 Partnering with Cellar Door, the night kicked off with a boot stompin’, beer swiggin’ set by folksy newgrass band Honeybucket including crowd pleasers “Honey for My Baby” off its self-titled EP and “Whiskey Drinkin’ Blues” off of its live EP.

Arlene Cassara Dance and Theater Center followed the high-energy show with a modern dance to an instrumental version of “Dissolve.” Then to a full crowd in the museum lobby literally got down to Bethesda's old and new music, taking in a live video accompaniment by Cory Sheldon with the debut of "Dissolve."

Despite the band being new to curating an art show, the members were impressed with the depths of the artist's work and the starkly different ways each interpreted the songs.

“I write the lyrics and it’s really cool to see people grab on to a certain line and relate it to life,” Ling says. “To me, that’s what making music is all about. Writing something in such a way that people can connect it to their own lives. They can actually physically see that not only did they connect, but it inspired them to create as well.” 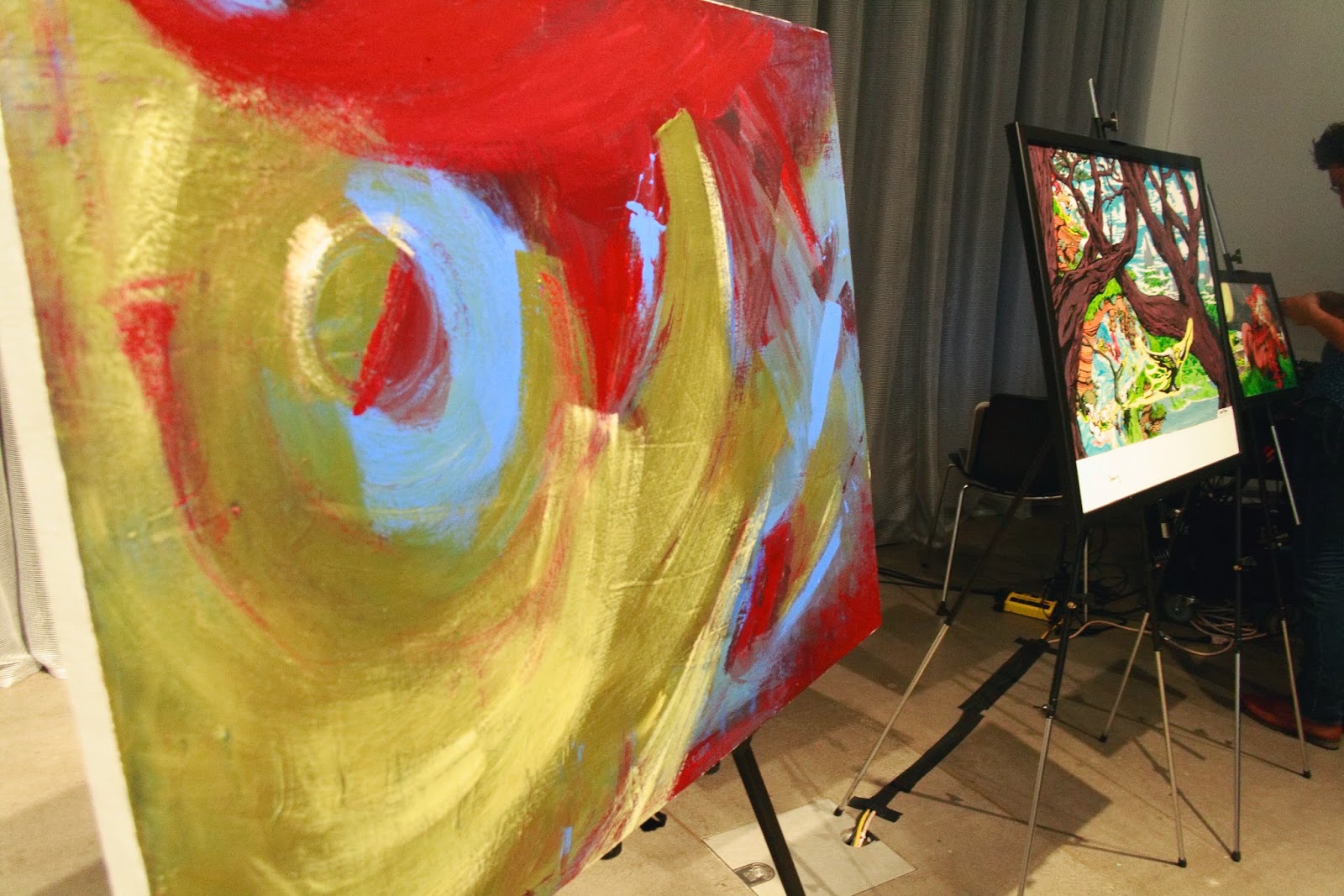 Posted by Kelly Petryszyn at 11:46 AM