Thomas Keller is coming to Cleveland. And make no mistake- this is a very big deal. A world famous chef and author, he presides over multiple highly acclaimed restaurants. He has won seven James Beard awards and earned more Michelin stars than any other American. But Keller is much more than the sum of such facts. 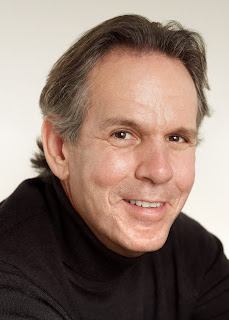 Known as a fanatic perfectionist, an exacting teacher, and a creative genius, he’s a man whose exacting dedication to what he does is legendary. His approach to food attracts passionate fans, acolytes, and disciples. And if you don’t find all this sufficiently impressive, consider his Hollywood credentials. Keller was selected to mentor the creators of the animated feature film Ratatouille about a rat with gastronomic aspirations, and created the movie’s signature recipe.

Keller will be on stage Friday night, 7 PM, November 13 at the Fabulous Food Show at the IX Center, talking about how ordinary home cooks can apply some of his techniques in their own kitchens. This is a rare and exciting opportunity to be in a room with one of the most renowned culinary figures of our era and hear what he has to say. The program, dubbed “A Conversation with Thomas Keller” will be moderated by writer Michael Ruhlman, who is his friend and a collaborator on multiple book projects. There is no extra charge for attending his talk- it’s included in the regular admission fee.

The appearance kicks off Keller’s national tour to promote his latest cookbook, Ad Hoc At Home, a collection of family style, comfort recipes. 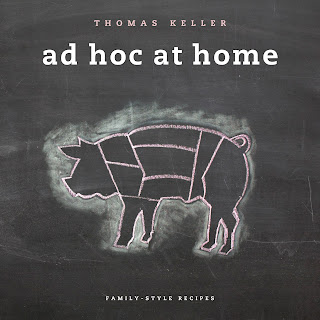 There are a limited number of special $60 packages for advance purchase that include admission to the show, the book, which retails for $50, and a guaranteed spot in line for the book signing that follows his presentation. Books will also be available for sale at the Show. There’s a nice review of it and a recipe for leek bread pudding in The San Francisco Chronicle.

Friday is great day to come to the Fabulous Food Show. There will be a tasting of Fair Trade coffees, cooking demos featuring grass fed beef and heirloom poultry, and workshops about how to eat locally, sustainably, and economically. Some area farmers and artisan producers will have their goods on display for this one day only. It’s fitting that Keller will be the star of the show that night because he has long been a champion of the farm to plate ethic.
Posted by Laura Taxel at 8:00 AM