Go for the YOLO

Five minutes into my first time at Battery Park Wine Bar, I was planning a next visit and thinking about who I’d like to bring along with me. I took an instant liking to the place-the look, the feel, and the energy- and everything about the next two hours spent there confirmed that initial impression.

Open only since the beginning of December, it’s located in the former Eveready factory that is part of a new residential development in the Detroit Shoreway neighborhood. Exposed brick walls and other elements testifying to an industrial past define the big open space but large windows, a handsome wood bar and the glow of candles speak to the current use. Tables are not crowded together, a big plus in my book, and décor is spare and simple.

There are 128 bottles on the wine list (also sold for take home consumption), 40 available by the glass. The selections are a mix of obscure, boutique producers and more recognizable labels. Mike Graley, Battery Park Wine Bar’s founder and owner, chooses them and the guy knows his juice. He has spent the past 20 years as a wine buyer for Heinen’s a day job he plans to keep for the foreseeable future. He brings a retailers sensibility to pricing his bottles, so the mark ups here are incredibly reasonable. Our threesome had an outstanding 2005 Barolo priced at about half of what most restaurants would charge.
The menu concentrates on small plates and share platters. I’m a nig fan of eating this way and turns out Graley is too. He says heavy, full-size entrees make him sleepy, especially when paired with copious amounts of wine. The execution is the work of Dimitri Ragousis- the chef behind the long gone (and much missed) Opa! on W. 25th . Making a choice was hard because every item was appealing. We had charcuterie board with housemade bread; braised lamb and feta flatbread; pommes frites with house roasted tomato ketchup and lemon feta dip; and butternut squash lasagna with hazelnut cream sauce. Each dish was a delight, so good we ate up every last bit of crumb, drop of sauce and drip of cream.

The guiding mantra here is Y.O.L.O. The catchy acronym stands for You Only Live Once and its meant to capture the treat yourself well spirit Graley wants to cultivate among his clientele. And he makes that goal accessible by making it so affordable. As part of his program to get rid the cost and pretension that can characterize wine-centric establishments, Graley’s put in a pool table and playing is free as long as you’re eating or drinking. His Happy Hour will likely cause many to feel exceptionally cheerful, as it starts earlier than most and runs longer, 3:30-7:30 Monday-Thursday with discounted appetizers, and a featured $ 4 wine and $3 beer (there are eight on tap and 25 bottled artisan brews). 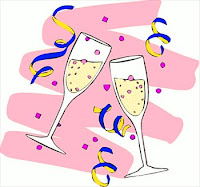 If you don’t yet have plans for New Year’s Eve consider joining the festivities Battery Park Wine Bar. It’s one of the best deals in town: $15 per person at the door gets you complimentary appetizers, live music, and a champagne toast at midnight.
Posted by Laura Taxel at 8:00 AM

Easy Restaurant for You said...

This is just to make sure that you are aware of:

The article is very good and informative. Thank you for the author.

The article is very good and informative. Thank you for the author.

The article is very good and informative. Thank you for the author.
For Electric Scooter in Bangalore please contact greendrivemotors.