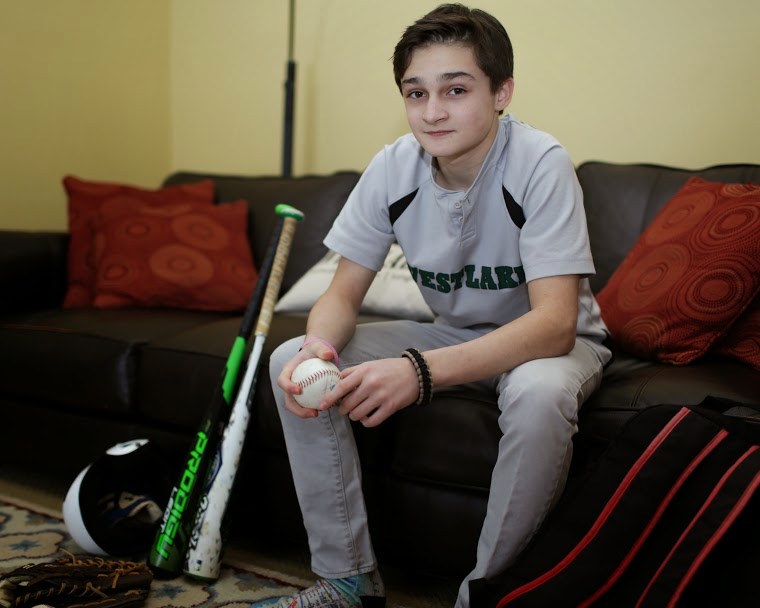 The Lee Burneson Middle School seventh-grader has been taking accelerated classes since he was in fourth grade. As the son of Westlake High School’s athletic director, he plays football, baseball and wrestles. But he’s out to break down clique boundaries to create friendships with anyone he can. A couple of years ago, a friend on his bus introduced him to a Bill Cosby stand-up routine he had on his iPod, and ever since he’s been inspired to make people laugh.

People say social isolation is worse than the death penalty. I believe that to be true because if you’re just deprived of any interaction with anybody and you’re kind of just sitting alone and you can’t do anything or talk to anybody, that really hurts you more than anything else could hurt you.

When I moved here in third grade, I was outside and I didn’t know anybody. I didn’t want to go play basketball with kids because I couldn’t play basketball, but I wanted to make friends. It was very confusing because I hadn’t figured out what to do yet and I didn’t know, so I kind of just sat alone. I felt like I had to hide my face and not be very social because no one knew me. Then a friend, Alec, came over to me and he made it OK.

I think socializing is a very important part of seventh grade and eighth grade. You have to make friends and then you build bonds that will last through high school. When you make friends now, they last longer later, so I think that helps a lot.

The key is to surround yourself with people you like and people other people like. In our school there are social levels. At the top, there are people who are super-popular and everybody knows who you are and they know your name. The super-popular people usually stay in their own circle. The people down at the bottom are wherever they want to be and that’s very cool because they can be nerds and they can talk about games and stuff, and I like that. And in the middle is the best place to be. Some people stay in the middle, or they go up, or they go down, and that’s how it kind of works now.

There is certainly a sort of pressure sometimes. Every day, I worry about embarrassing myself in front of everybody.

It’s really confusing. I should probably write a book or something. — as told to James Bigley II

[Editor’s Note: As an extension of the “A Boy’s Life” feature in Cleveland Magazine’s March issue, we will be publishing additional boys' stories on Mondays, Wednesdays and Fridays throughout the month. For all these stories, click on the “A Boy's Life” tag.]
Posted by Kim Schneider at 9:00 AM

Discover how 1,000's of individuals like YOU are working for a LIVING from home and are living their wildest dreams right NOW.
CLICK HERE TO START TODAY