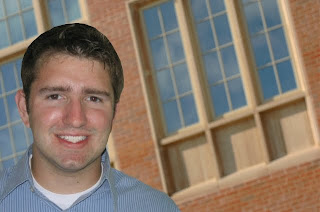 There's also one other thing we know about Andrew. He is one hell of a beer pong player, evidenced by this story he and fellow intern Matt Beargie wrote for our December 2008 feature package about beer.
Posted by Jim Vickers at 12:02 PM