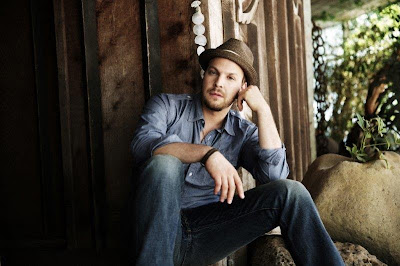 Much like his live shows, Gavin DeGraw’s upcoming album is brimming with energy.

“It’s really a ride,” DeGraw says of the fifth album, tentatively titled Make a Move. “You hear a lot of different influences and approaches. Some of it’s sexy. Some of it’s cool. Some of it’s ‘I can’t believe you just said that.’”

Although Make a Move doesn’t hit stores until October, fans attending Wednesday’s concert at Blossom Music Center, where DeGraw is joined by Train and the Script, will get a sneak peak.

Concertgoers can expect to hear DeGraw’s single “Best I Ever Had,” along with the soulful songs that made DeGraw famous including “I Don’t Want to Be” and “Chariot.”

“It’s delicate rant, but it’s fun,” DeGraw says of the new tune. The upbeat single covers a lot of ground lyrically hopping from drones to smoking to love. DeGraw says the impulsivity of the song is meant to mimic his thoughts.

“It’s stream of consciousness,” DeGraw says. “It’s a real key moment into what’s going on in my head.”

That spontaneity echoes the tone of Train’s newer songs (a cue DeGraw may have picked up when touring with the group in 2011) and DeGraw’s last album, Sweeter, which marked a departure from his signature style of piano-heavy songs with soulful vocals.

Similar to Sweeter, DeGraw is experimenting with new sounds and collaborating with a diverse group of writers and producers for the upcoming album. DeGraw is reprising a collaboration with OneRepublic’s Ryan Tedder, who co-wrote and produced DeGraw’s single “Not Over You,” which sat in the top 50 of the Billboard’s Hot 100. DeGraw is even hopping across the pond to work with a few international writers and producers to get different takes and flavors on Make a Move. Although his new material is more upbeat than before, DeGraw says his soulful roots remain.

“My goal as an artist is to write something that reflects myself. I’m evolving as a singer and interpreter,” DeGraw says. “I’m continuing to get out there and make music that I’m passionate about and that people can identify with.”
Posted by Kelly Petryszyn at 6:10 PM

Labels: Blossom Music Center, Gavin DeGraw, Make a Move, The Best I Ever Had, The Script, Train