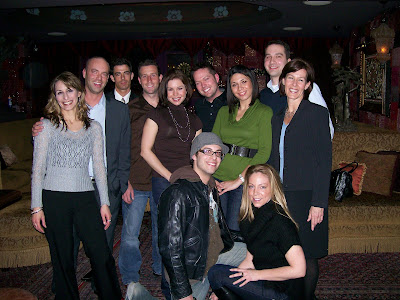 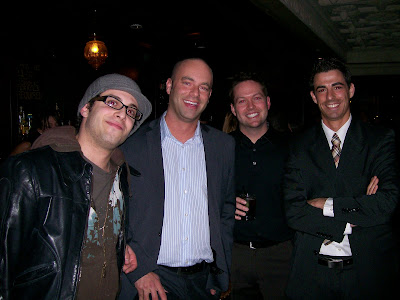 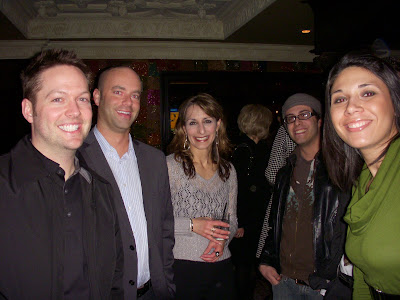 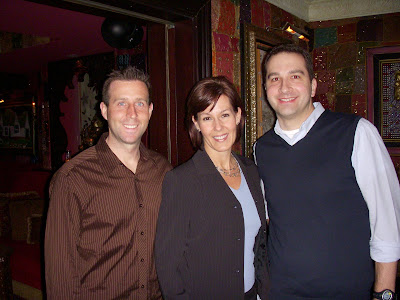 Our February cover girl Melissa Mack wanted to meet all the other sexy singles we selected for our annual issue so she organized a get-together at the House of Blues' Foundation Room last night for everyone (and let us tag along to take in all the action).
Twelve of the 20 singles showed up anxious to learn a little bit about each other, pose for some pics (see above) and get the scoop on their dating lives (Melissa Barber revealed that she has been on a few dates with a guy she used to ride the school bus with when she was 14).
There was even a little grumbling about how some of their photo shoots and articles turned out (it's okay, we can take the criticism). Michael Goulis expressed some uncertainty for our picture selection of him in a wife-beater (hey, we wanted to show off his cool tattoos!) and Mike Minnick was saddened by the fact that he was the last single featured in the magazine.
Kathryn Eyring (the self-proclaimed grandma of the group) brought an issue of the magazine for everyone to autograph as they all shared a meal, laughs and emails to stay updated on how everyone is doing with being single (or not) in Cleveland.
Posted by Kim Schneider at 11:43 AM