Super successful chefs are often described as rock stars these days. But a surprising number have admitted- in public and privately to me- that they have musician alter egos, or confessed that next time around they’d choose to come back as real rock-n-rollers. Some limit their licks to air guitars or drumming out rhythms on tabletops, but others actually get out there and play. 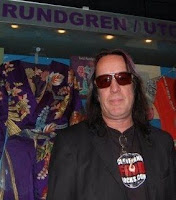 You can catch a few of them serving up their music June 13 for Chef Jam 2010 at the Rock and Roll Hall of Fame and Museum. Bands made up of local chefs and restaurant staff from Melange, Happy Dog, and Greenhouse Tavern will take the stage, and Crop's Cream of the Crop will do a star turn with Todd Rundgren. (Rumor has it that they are actually rehearsing for this gig in an attempt to nail down a few key Todd tunes).
A Cleveland Food Rocks event and fundraiser, this is not your typical benefit graze. Each restaurant- 26 have signed on to date- is drawing culinary inspiration from a particular band, performer, or musical genre. Karen Small says that The Flying Fig is going with Delta Blues- think Robert Johnson, John Lee Hooker, and Muddy Waters. So she and her crew will do Southern country cooking. Momocho’s Eric Williams is going all literal, making braised wild boar tacos with pickled jalapeno mustard in homage to Satan Gave Me a Taco. No doubt his will be much better than the ones in Beck’s song! Steve Schimoler of Crop is Grateful for the chance to let his inner Deadhead out. He might do Jerry's Jubilee, but isn't ready to commit. "Since they were the quintessential jam band," he says, "we're gonna improvise."
But that’s not all. For this gig, the chefs are also playing dress-up. They’re supposed to look like the musicians they’re celebrating. Initially it struck me as a goofy bordering on lame idea. Then I started to consider the possibilities. 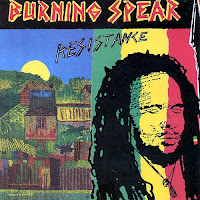 Brandt Evans of Blue Canyon is drawing his cues from the Jamaican reggae group Burning Spear (so don’t be surprised if he’s spooning goat curry onto your plate). The thought of see the big man sporting dreadlocks like the band's lead singer Winston Rodney is too delicious. 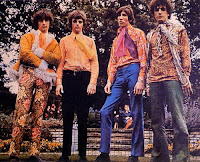 Will Jonathan Bennett don a shaggy haired wig and set aside his usual clean white jacket for something a bit more flowery? I think there’s a chance since the Moxie chef has decided to celebrate Pink Floyd with some Dark Side of the Moon Pies.

Tickets went on sale to the public Monday. $50 lets you sample all the food, wine and beer, plus explore the Museum. Click here to buy yours and see the list of participating restaurants. Proceeds go to education programs at the Rock Hall and towards a Culinary Arts scholarship for a Tri-C student. The price is a bargain, especially considering that there’s a chance to catch the usually dapper Zack Bruell in full rocker drag.
Posted by Laura Taxel at 8:00 AM