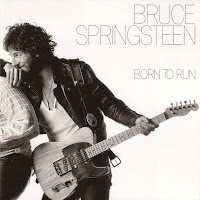 Bruce Springsteen announced through Live Nation this morning that his Nov. 10 stop at Quicken Loans Arena will include a performance of his classic album Born To Run in its entirety. Springsteen and the E Street Band recently performed the entire album in Chicago. Enthusiastic fan feedback led the Boss to perform the albums Darkness on the Edge of Town, Born to Run and Born in the U.S.A. at various nights during his recent Giants Stadium run.

So, you want a ticket to Born To Run in Cleveland? Some seats have just been released at livenation.com.
Posted by Jim Vickers at 9:54 AM